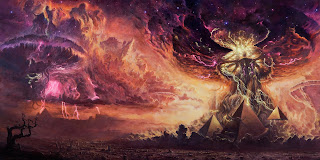 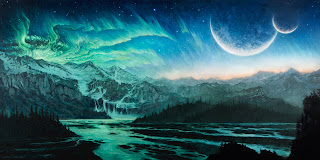 As promised here are some higher res images of the Beastwars artwork. If you like your metal heavy I suggest you try to get along to one of their album release shows. The album has been getting rave reviews and deservedly so!

And here is a preview of some serious seismic activity:
http://www.undertheradar.co.nz/utr/more/NID/3405/Album-Preview-Beastwars-Self-titled-Debut.utr
Posted by Nick Keller at 3:08 PM

Nick Keller
Hey there! I'm a concept artist and designer working in Wellington for Weta Workshop. This blog is intended to share some of my sketchy & painterly meanderings. Feel free to contact me at nickbkeller@gmail.com